I’ve been banging on about Autistics needing Autistics for ages, but it was only when I went to the Speaker’s Day (you can read about that here), that I actually realised just how much.

I was talking about it with an Autistic friend at the weekend and she said, “It made me really angry. This is what we should have had. This is what socialising should be. This is what it is for everyone else.”

She was right. I’m angry too. Angry that I had to wait until I was in my late thirties before I could sit around a table with a bunch of virtual strangers, and not worry that I was missing something.

What was special about that table? It was round, that’s probably symbolic. Nicely Arthurian, no one was sat at the head of it. No hierarchy.

I knew I wanted that. I also knew that arranging that sort of thing has never been my speciality. I like to be organised by someone who understands me. I like them to do all the tricky bit, so I can use my energy on the interactions.

But this time it was a group of people like me.

When we think about changing the world, it’s all too big. You can’t change people’s attitudes overnight, you can’t fix things in a day, understanding and awareness are a long and slow process. I often look to the small things to remind myself how far we’ve come, and how much we can change our immediate environment.

Those small moments when someone really gets it. When your mother, who is a tactile and loving person, says the words, “I want to hug you, but I know that will make it harder because you don’t like hugs when you’re upset.” When your friend adds, “Oh and when I say I’ll be there at 10, I’m always late, so I’m really saying I will be there at 10.15, I hope that’s ok.” When something clicks and people show kindness by doing things for reasons they will never experience themselves, that is no small thing.

So I did something that is very not-me. I got in touch with a few people I had only met for a few hours – only for snatches of conversations – and I invited them to come and stay at my home for a weekend.

I wrote a detailed invitation, then I sent it, and then I turned to my husband and said, “What on Earth have I done?!”

“You’ve made a start.” He said gently.

Then something even weirder happened; people said yes. Up until the last moment I thought I would lose them all, they would slip through my fingers like so much spilled Damson Gin. It would be one more social disappointment. One more failure. One more loss.

I did what I do, I prepared, I planned. One by one they appeared. In my little corner of Wales, a week of rain broke into sunshine.

Conversation covered zombie-apocalypse planning, yurts, social media, red kites, woodpeckers, acceptance, clouds, everything and nothing. We waded through the warm sea, found jellyfish, ate pizzas from the earth oven. Space was available to everyone at any time. Escape routes were all clearly marked.

Elderflower champagne bloomed and fizzed nicely, Damson Gin hit the spot. There was more laughter than tears, and the tears were all for the joy of what is and the loss of what should always have been.

They all took a big gamble on me. They travelled from far and wide, and they were all so easy to accept in my space.

I will mourn a loss. I will mourn not having that peer support all day, every day. I am so lucky to be surrounded by non-Autistics who are willing to listen to me, but it’s not the same as not having to explain a thing.

Luke Beardon has recently shared his talk here, in it he says this:- 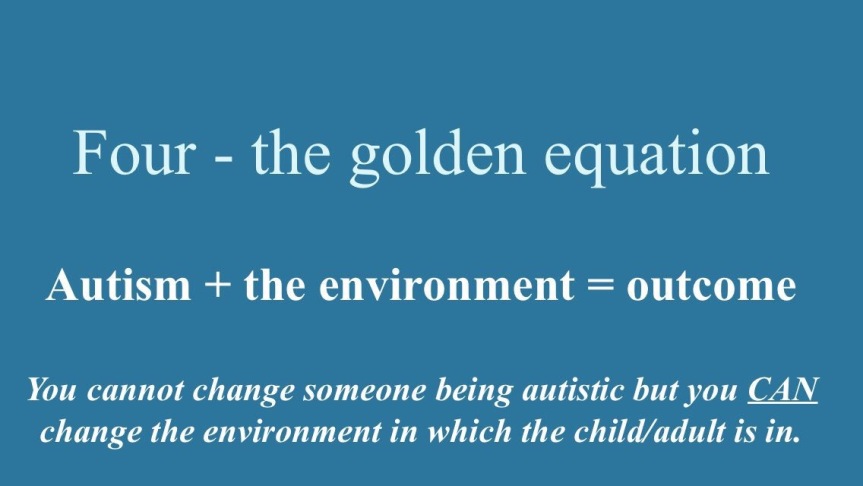 It is true. It is all true. To quote a film I really didn’t get at all, “If you build it, they will come.”
It’s time to start building. Autistics need to socialise with autistics. We need what you all take for granted. We need each other.

View all posts by Rhi

Follow Autism and Expectations on WordPress.com
Join 11,977 other followers